In Basketball, he is pretty good, and his skill level is 581 to 585. He plays with Sakura and Tomoko.

In Table Tennis, he is a high Pro, being the 7th best player with a skill level of 1406 to 1410. He is also the host of Return Challenge, serving the balls you must return throughout the game.

In Wii Party, Greg is in Expert Difficulty. 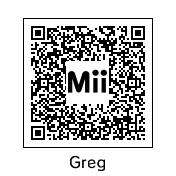 QR Code for Greg, as seen in the portrait. 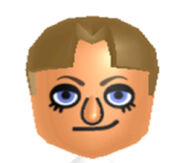 Greg's image in a file in the September 2020 Nintendo leak.

Greg as a rival in Swordplay Showdown. 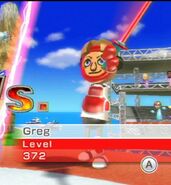 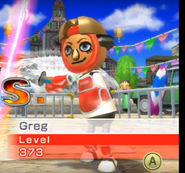 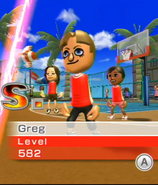 Greg and his teammates Tomoko and Sakura in Basketball. 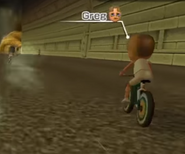 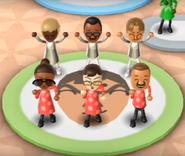 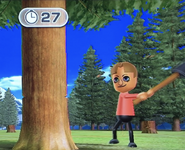 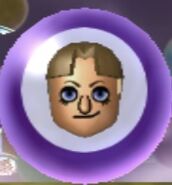