In Swordplay, George is terrible, being the 9th worst player with a level of 131 to 135.

In Basketball, he is decent with a level of 431 to 435, playing with Chika and Matt.

In Wii Party, George is in Master Difficulty. 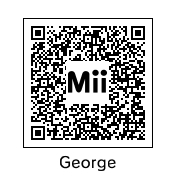 George's QR Code, as seen in the portrait. 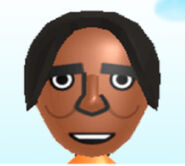 George's image in a file in the September 2020 Nintendo leak. 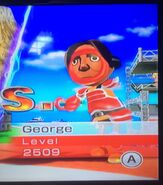 George about to fight in Swordplay Duel. 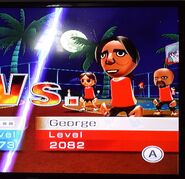 George and his teammates Chika and Matt in Basketball. 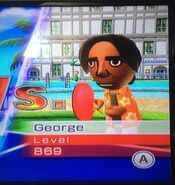 George about to play a Table Tennis match. 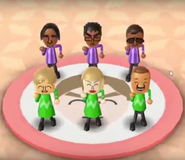