In Baseball, her skill level is low at 212 to 390 and consists of Misaki, Silke, Jessie, Abby, Kentaro, Matt, Akira, and Luca. Fumiko plays on the Baseball teams of Martin, Chris, Oscar, Mike, Jake, James, Marco, and Anna.

In Swordplay, Fumiko's skill level is very low, being the second worst with her level around 26 to 30.

In Basketball, she is not good either and has a skill level of 341 to 345. She plays with Mike and Miyu.

In Wii Party, Fumiko is in Advanced Difficulty. 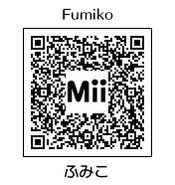 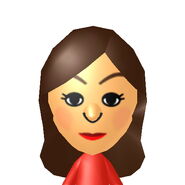 Fumiko's image in a file in the September 2020 Nintendo leak. 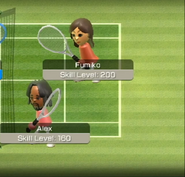 Fumiko doubling up with Alex in Wii Sports Tennis. 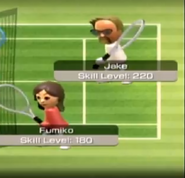 Fumiko doubling up with Jake in Tennis. 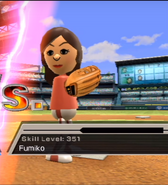 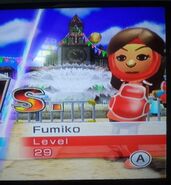 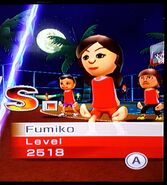 Fumiko and her teammates Miyu and Mike in Basketball. 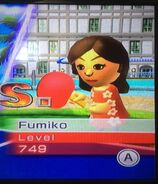 Fumiko carrying Pizza on her bike in Cycling. 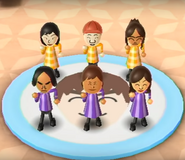 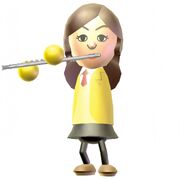