In Baseball, Enrique is the Champion, at Grade ★10 which makes him tough to beat. In Boxing, he is also a Pro, at Grade ★2. In Tennis, he is decent at Grade 8.

In Wii Party U, Enrique is a Beginner Mii. 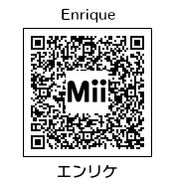 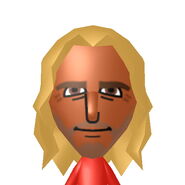 Enrique and Cristina about to play Tennis. 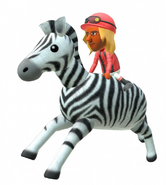 A Wii Party U artwork of Enrique.

Enrique, Irina, Akira, and Giulia in Mario Kart 8 but with racing suits.

Enrique and Friends on a Miiverse poster.

Enrique as a swimming referee.

All of the CPU Miis in Wii Sports Club.
Add a photo to this gallery
Retrieved from "https://wiisports.fandom.com/wiki/Enrique?oldid=203064"
Community content is available under CC-BY-SA unless otherwise noted.