If you're looking for the Mii from the Wii with the same name, go to Eduardo (Wii).

In Tennis and Baseball, Eduardo is excellent at Grade 10, and he is one of the last Non-Pros.

In Boxing, he does not compete, though he can appear as a coach.

In Wii Party U, Eduardo is in Expert Difficulty. 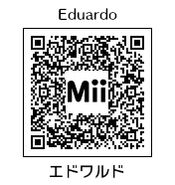 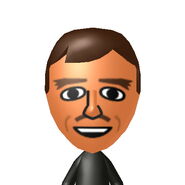 Eduardo and Adrien about to play Tennis.

Eduardo with Mi-sun in Miitopia.

Eduardo as a swimming referee.