In Basketball, Eddy is terrible, being the 9th worst player with a skill level of 131 to 135. He has a team with Kentaro and Elisa.

In Wii Party, Eddy is in Master Difficulty. 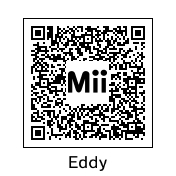 QR Code for Eddy, as seen in the portrait. 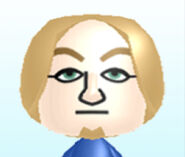 Eddy's image in a file in the September 2020 Nintendo leak.

A photo of Eddy as a rival in Swordplay Showdown.

Another photo of Eddy as a rival in Swordplay Showdown. 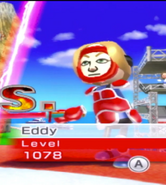 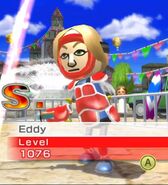 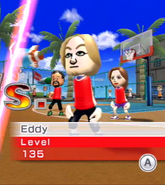 Eddy and his teammates Kentaro and Elisa in Basketball. 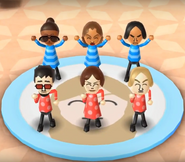 Eddy in a artwork for Wii Party.
Community content is available under CC-BY-SA unless otherwise noted.
Advertisement