In Tennis and Baseball, Dunbar isn't good at Grade 3. In Boxing, his Grade is ★6 and he is a Pro.

In Wii Party U, Dunbar is an Expert Mii. 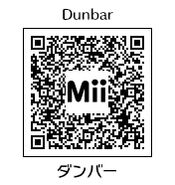 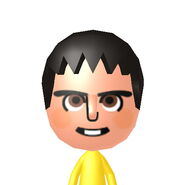 Dunbar with Faustine in Miitopia 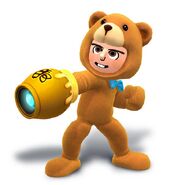 Dunbar wearing the Bear Hat and Suit in an artwork for Super Smash Bros. for Wii U.

Dunbar (in blue) in a Wii Party U Artwork.

Dunbar with Leonel and Akira.

Dunbar as a swimming referee.

Add a photo to this gallery
Retrieved from "https://wiisports.fandom.com/wiki/Dunbar?oldid=203017"
Community content is available under CC-BY-SA unless otherwise noted.