If you're looking for the Mii from the Wii U with the same name, go to Donna (Wii U/3DS).

Not to be confused with Don.

Donna is a Mii from Wii Music. She appears in 2 preloaded songs. She plays in Cory Plus Four! and The Ross Quintet. 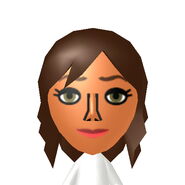 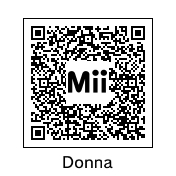 An artwork of Donna.

The artwork mentioned in the trivia. 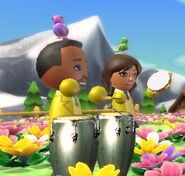 Donna in the Wii Music trailer. Note that her favorite color is blue.
Community content is available under CC-BY-SA unless otherwise noted.
Advertisement