If you're looking for the Mii from the Wii with the same name, go to David (Wii).

David is a high Pro in both Tennis and Baseball at Grade ★9.

In Wii Party U, David is in Beginner Difficulty. 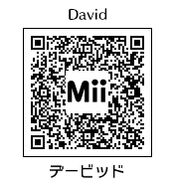 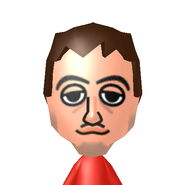 Wii Party U artwork of David.

David as a swimming referee.

David and friends in a SSB4 video.