If you're looking for the Mii from the Wii U with the same name, go to Daisuke (Wii U/3DS).

Daisuke is a high Pro in Tennis, being the 9th best player with a skill of 1600. He usually plays with Hayley, but sometimes with Theo.

In Baseball, he is pretty good at the 517 to 723 mark. He has a team of Haru, Naomi, Ashley, Rachel, Lucía, Ren, Yoshi, and Anna. Daisuke plays in the Baseball teams of Alex, Ai, Yoko, Tyrone, Andy, Tatsuaki, Steph, and Ryan.

In Basketball, he is decent. His level is 401 to 405 and he plays with Chika and Alisha.

In Wii Party, Daisuke is in Advanced Difficulty. 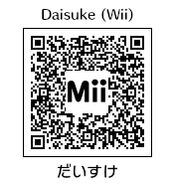 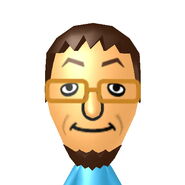 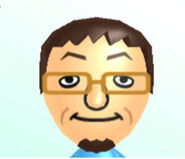 Daisuke's image in the September 2020 Nintendo leak. Notice the different beard shape that is not available to be selected in the Mii Channel. 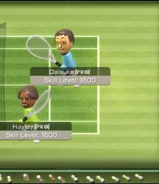 Daisuke doubling up with Hayley in Wii Sports Tennis. 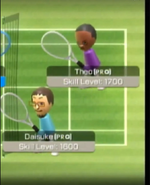 Daisuke doubling up with Theo in Wii Sports Tennis. 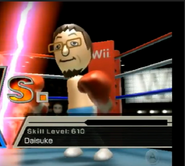 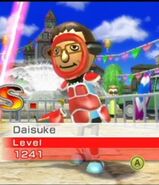 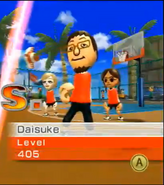 Daisuke and his teammates Alisha and Chika in Basketball. 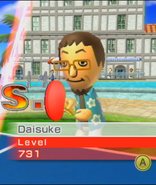 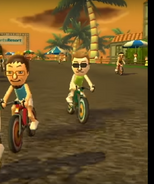 Daisuke as a 3-hearted rival in Swordplay Showdown.

Another photo of Daisuke as a 3-heart rival in Swordplay Showdown. 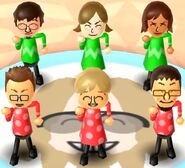 Soccer with Luke, Daisuke, Ren, and Silke vs. Kathrin, Miyu, Abby, and Hiromi.
Community content is available under CC-BY-SA unless otherwise noted.
Advertisement