In Tennis, Baseball, and Boxing, Claudia is a very high Pro, being at Grade ★9.

In Wii Party U, Claudia is in Expert Difficulty. 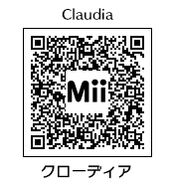 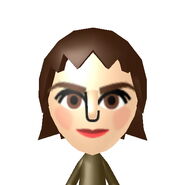 WhoAmI Claudia and Ricardo in Tennis.

Claudia in the Help Guide for Super Mario Maker 2.