In both Tennis and Baseball, Clara is a beginner Pro at Grade ★1. She is one of the first Pros.

In Boxing, she is pretty good at Grade 9.

In Wii Party U, Clara is in Master Difficulty. 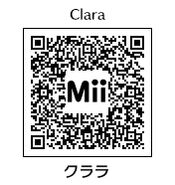 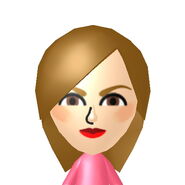 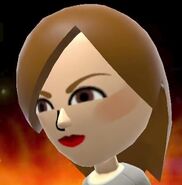 Clara is about to play Boxing.

Clara and friends in My Nintendo. 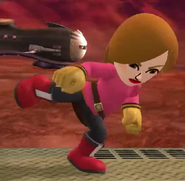 Clara in Super Smash Bros. for Wii U.

Clara (in red) in a Wii Party U Artwork.

John, Clara and Jianjun in Wii Party U. 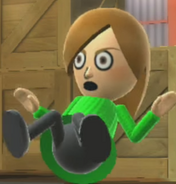 Clara after losing in Countdown Crisis from Wii Party U.

Clara in One Two Punch.

Clara next to an injured Skip in a SSB4 video 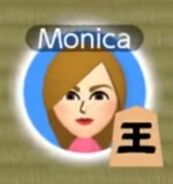 Clara, as she appears in the Clubhouse Games trailer, renamed Monica and looking slightly different.

Clara with a different hair color in a Clubhouse Games promotional video.

Clara in the Friend List chapter of the Wii U Electronic Manual.