Not to be confused with Bernd.

In both Tennis and Baseball, Bernardo is a top Pro at Grade ★10.

In Boxing, he is terrible at Grade 2.

In Wii Party U, Bernardo is in Beginner Difficulty. 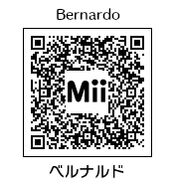 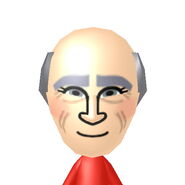 WhoAmI (LilGreenYoshi) against Bernardo and Matt.

A Wii Party U artwork of Bernardo.

Bernardo with Joana in Miitopia.

Bernardo in an Miitopia (Switch) screenshot with Jane and Jo, behind the barrel of flowers.