If you're looking for the Mii from the Wii U with the same name, go to Barbara (Wii U/3DS).

In Swordplay, Barbara is average, with a skill level of 536 to 540. She wears Bulky Black Armor as the Boss of Stage 15 in Swordplay Showdown. She and Marisa, Ian, Shinta and Steph attack quickly and then take their time to attack again.

In Wii Party, Barbara is in Standard Difficulty. 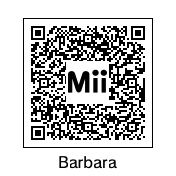 Barbara's QR Code, as seen in the portrait. 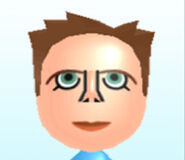 Barbara as the boss of Stage 15 in Swordplay Showdown. 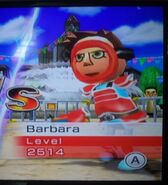 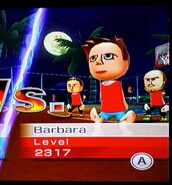 Barbara and her teammates Ian and Shinta in Basketball. 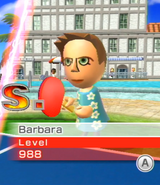 Barbara about to play a Table Tennis match. 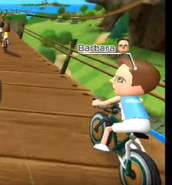 Barbara as a referee for Flag Fracas.

Barbara in a artwork for Wii Party.
Community content is available under CC-BY-SA unless otherwise noted.
Advertisement