In Tennis, Araceli can be your teammate if you are in the back left corner. She will appear on the front left corner. Her Grade is 1.

In Baseball, she only competes as a teammate.

She doesn't compete in Boxing, though she can appear as a coach.

In Wii Party U, Araceli is in Master Difficulty. 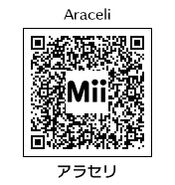 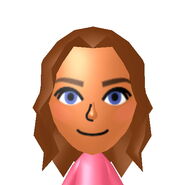 Araceli as a teammate in Tennis.

Araceli and Pit wearing the Captain Falcon suit on SSB4.

Araceli and friends in My Nintendo.

Araceli and friends on a Miiverse poster. 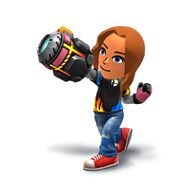 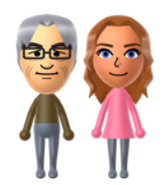 Araceli and Giulia from the My Nintendo account creation page.

"Araceli" with Daisuke and Barbara (as Elena) in Wii Party U. 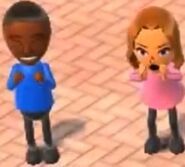 Araceli in her space suit.

Araceli as a swimming referee.