In Tennis and Baseball, Anne is a Pro, being at Grade ★4.

In Boxing, she is excellent at Grade 9.

In Wii Party U, Anne is in Advanced Difficulty.

(Her Japanese name is similar to her English name, but with an apostrophe between the two N's.) 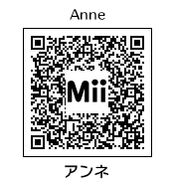 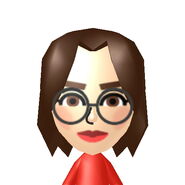 Anne and Gerald in Tennis. 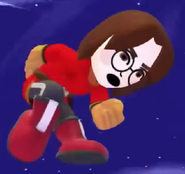 Anne in Super Smash Bros. for Wii U.

Anne in National Streetpass Promo with Haixiang, Alphonse and Akira.

Anne and friends on a Miiverse poster.

A Wii Party U artwork of Anne.

Anne in Wii Party U.

Anne as a swimming referee. 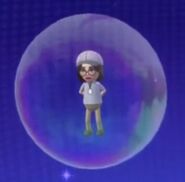 Anne having her face returned amongst various other Mii characters near the end of Miitopia.