In Baseball, he is good at a skill level of 620 to 823. Andy's team consists of himself, Tyrone, Yoko, Ai, Alex, Daisuke, Haru, Naomi, and Ashley. He plays on the teams of Tatsuaki, Steph, Ryan, Hayley, Julie, Kathrin, Keiko, and Michael.

In Wii Sports Resort, his skills drop outside of Swordplay.

Andy is very terrible at Basketball, being the 4th worst player with a skill level of 56 to 60. His team consists of Megan and Takashi.

In Wii Party, Andy is in Beginner Difficulty.

(The English side for his Korean name is similar to another Mii's name, but without an accent.) 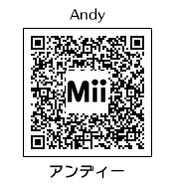 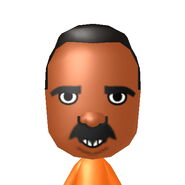 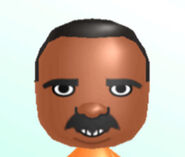 The picture mentioned in the Trivia Section. 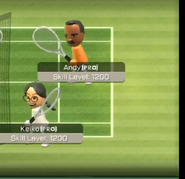 Andy doubling up with Keiko in Wii Sports Tennis. 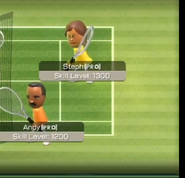 Andy doubling up with Steph in Wii Sports Tennis. 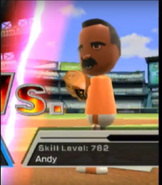 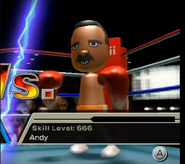 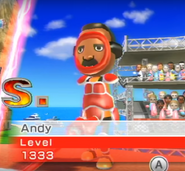 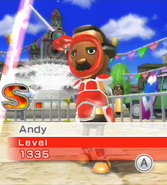 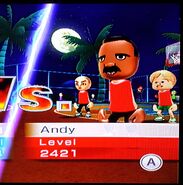 Andy and his teammates, Megan and Takashi in Basketball. 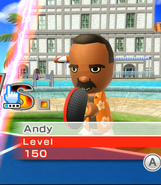 Andy about to play a Table Tennis Match. 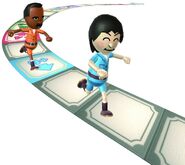 Andy and Rin in a Wii Party artwork.