In both Tennis and Baseball, André is pretty average at Grade 5.

In Wii Party U, André is in Expert Difficulty. 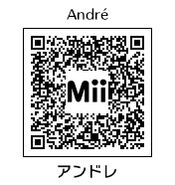 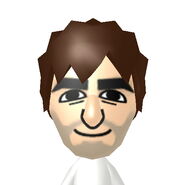 André and Hyun-woo about to play Tennis.

André with Paula and Pavel.

André with Steven and Skip.

André as a chef.

Proof that his early name is "Matt". 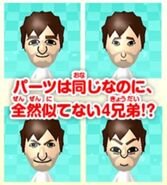 André's "brothers" from the Japanese Nintendo website as mentioned before. (The text roughly translates to "Even though that the parts are the same, these "4 brothers" are not similar at all!?").

André with Joseph, Ji-hoon and Masako.

André from the Tomodachi Life brochure.

Andre in the waiting lobby in Mario Kart 8 deluxe.

André in the Wii Fit U credits.

André in Mario Kart 8 as Baby Mario, as mentioned in the trivia.