Alphonse (pronounced "AL-FAHNS" ("AL-FAWNS" for Europeans)) is a CPU Mii from Wii Sports Club & Wii Party U. His Total Skill Level is 11. He is ranked #64 out of the Wii Sports Club CPUs, by overall skill level, tied with every other Beginner Baseball Teammate.

In Wii Party U, Alphonse is in Beginner Difficulty. 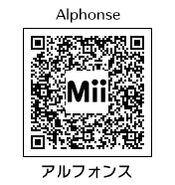 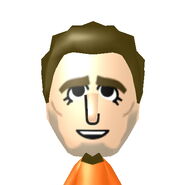 Alphonse in National Streetpass Promo with with Akira, Anne and Haixiang. 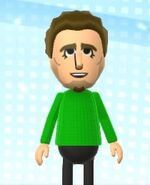 Alphonse with a skateboard.

Alphonse and Anne in Miitopia.

Alphonse in a StreetPass picture showing off the various emotions that the game has, representing the shocked emotion.