If you're looking for the Mii from the Wii with the same name, go to Akira (Wii).

Akira (pronounced "AH-KEE-RAH") is a CPU Mii from Wii Sports Club and Wii Party U. He is ranked #18 out of the Wii Sports Club CPUs, by overall skill level, tied with Barry, Dylan, Jin-ah, Mizuho, and Ricardo. His Total Skill Level is 190.

In Tennis and Baseball, Akira is a Pro, being at Grade ★6.

In Wii Party U, Akira is in Expert Difficulty. 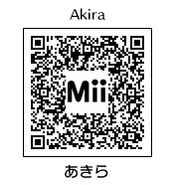 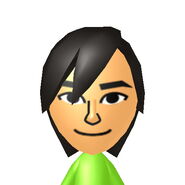 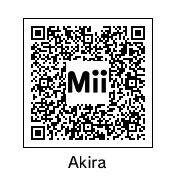 A QR code of Adam Smith from Tomodachi Life. 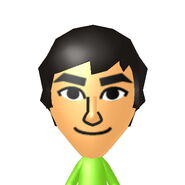 A portrait of Adam Smith from Tomodachi Life.

Akira in Tennis with Bowen.

Akira in Tennis with Ilka.

Akira getting ready to play Baseball.

Akira and friends in My Nintendo.

Akira appearing on a My Nintendo pop-up message alongside with Giulia.

Akira in a Mario Kart 8 trailer as Sonic.

Akiraas a Mii Brawler in Super Smash Bros. for Wii U.

Akira with Sara in Super Smash Bros Wii U.

Akira in Metroid Black with Marie and Mark. 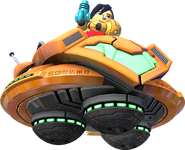 Akira in a Samus Aran Costume in artwork from Nintendo Land.

Akira in National Streetpass Promo with Anne, Haixiang and Alphonse.

Akira with Dunbar and Claudia.

A happy Akira in red.

Akira with a skateboard.

Akira in his swimsuit.

Akira as a chef. 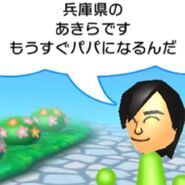 Akira in the Japanese StreetPass promotional video, as mentioned in the trivia. 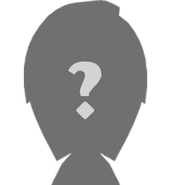 A silhouette of Akira used as Miitopia artwork for the game's main protagonist.

Akira with Mizuho in Miitopia.

Largo, the Mii that resembles Akira, in Miitopia (Switch).

Akira wearing a top hat in an official StreetPass screenshot, first from the left.

Adam in a promotional Swapdoodle video, stating that he doesn't like spicy food. 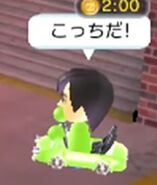 Akira wearing a car costume in a StreetPass Mii Plaza video. (The text translates to "It's this way!") 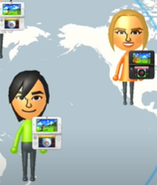 Akira in a Japanese Mario Golf World Tour video along with Ilka.

Akira in the Friend List Chapter of the Wii U Electronic Manual.

Akira in Wii Fit U.